There’s an entire universe within us. We are connected to mysterious forces which we can’t perceive or understand, but which control the way we behave, the way we live our lives. Where do our thoughts come from? What is the origin of the ideas that catch our attention, sometimes even become obsessions? Where do our deepest dreams and desires arise from? So many questions to ask, so many mysteries to ponder. All we can do is live and learn. Life is weird, in every sense of the word. It’s so hard to make sense of, yet it feels like there’s some meaning behind it all, some reason to move forward despite, or even because of, all the suffering and pain. We all feel like the main character in a movie that is our life, and just like in the movies, we have to accept that life will have its conflicts. These are obstacles in the way of our dreams because life is a duality. These obstacles are ours to own, to face and to deal with, to overcome and to learn from. When we successfully rise above the challenges life throws at us is when we truly grow as human beings. So how can we properly face the challenges of everyday life? What if we fail to properly face these problems? We can’t face them if we don’t know who we are, if we are not at peace with ourselves, if we are trying to run from the truth. So the first step in our journey is to get to know ourselves, and to come to terms with whatever we find to be true about ourselves.

Just like life is weird, we are all weird. We are all different, special in our own unique ways, just like we all have different challenges to face. Often times we have exactly what we need within us to overcome the challenges life has placed in our way, yet we fail to realize this. We fail because we can’t see the light at the end of the tunnel, we see only misery and injustice, we wonder why we struggle, why us, why not someone else. We wonder how we can move forward with our deepest dreams if we are stuck in these everyday struggles, if we seem to be paralyzed by the smallest of inconveniences. We wish we could be rid of all challenges, and then everything would be perfect, we would be free to make our vision a reality. We see all sorts of people living seemingly happy lives, and we wonder why that can’t be us. We fail to realize that our life is our own life, our struggles are our own, we have the solutions to our own problems within us, and we will find our own peace once we have done what we need to do, once we have understood the truth about why we are suffering, once we have accepted ourselves with all our flaws and imperfections, all the mistakes we’ve made in the past, and all that we wish we already were but still haven’t become. We still have time to grow, but only if we learn from our mistakes, if we accept and forgive all that we are and have been; only then can we truly move forward in peace, to find real growth at the other end.

If we don’t accept ourselves as we are, if we don’t fully forgive ourselves for our past mistakes, then we lose the power we would otherwise have over the challenges we face. We start trying to copy others, to look at what others are doing in order to try to find some relief, some sense of belonging, of understanding and satisfaction, of feeling like we’re part of a bigger whole. What we really need to be doing is owning our challenges and our struggles, and looking within, with the conviction that we are sure to find the tools we need in order to overcome the current challenge as well as any other that life may throw at us. We need to understand that we are enough, that the power of life is flowing in our veins, in our breath, all of this keeps that us alive; it is not our decision to be alive at this moment, it is a gift, and it isn’t forever, as we all know. So let’s fully own our lives and see what comes of it. Just like we love to celebrate when things go right, we need to learn how to learn from our mistakes, how to learn from the pain and sorrow that may come from those mistakes, and how to learn from life even when our pain isn’t justified. We need to learn how to not grow bitter and cold when life doesn’t go our way. Life can be crazy and cruel, I know, and for a long time I was complaining about life’s injustices all the time, about the system, to everyone around me, until I realized that it does nothing more than create more negative energy. Negative energy messes with the complainer as well as with all those around them, not to mention how everything is energy, even the words we speak never die, whether positive or negative. We are what we focus on.

So focus on you. Focus on truly being yourself, to the best of your ability, on being all you can be, on shining a light of positivity however small you may feel it is. Embrace your weirdness, if you wanna call it that, and shine your light in whatever way you can. At the end of the day, we’re all weird, and at the same time we’re not. See, being weird would imply different from the rest, different than normal. What really is normal though? We’re all weird to someone (and they’re probably weird to us), to whole groups of people even, so in truth we’re all weird. Although, if we’re all weird then it isn’t so weird to be weird after all, I guess. 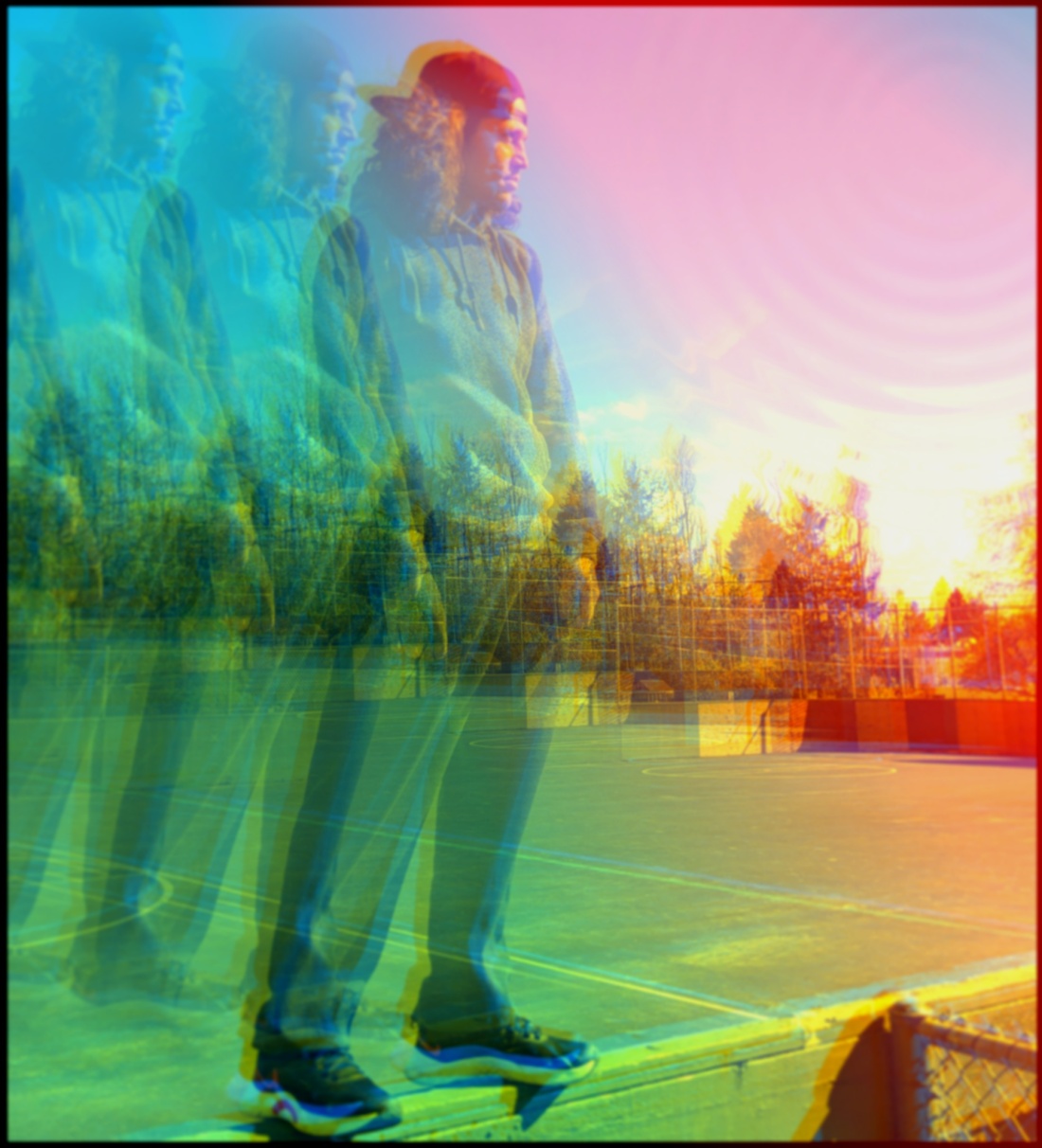 WOW!!! I can’t believe it’s been almost 3 years since I last posted something on here. And to think I had set the goal of writing a thousand words a day! Hah! Well, I can’t be so tough on myself, I made it up to at least like 80 consecutive days at one point. What can I say? Life happens. Although there is some truth to that, the real truth is that I let my laziness and procrastination, my indecision, get the best of me, and for that reason I’ve let this blog, and my artistic pursuits in general, fall behind. I apologize to everyone who’s followed me on here up to this point, but I want you all to know I’m going to revive this page and make it better than ever! A lot of things have happened since I last wrote on here, and I’ve realized that I absolutely need to write, to create, to try to inspire through some sort of creative output, it’s a necessity in my life. I’ve gotten back into making music, back into the feeling of it, the feeling I thought I’d lost for a good while.

Not everything can always be perfect. Lately anxiety seems to be higher than ever, lots of things happening in life, lots of thoughts that can’t be simply blazed away running through my mind. Obstacles are opportunities though, at the end of the day, and every lesson is a blessing. Anyway, I’ve been contacting some of the producers who made the lots of the beats I used back in my old tapes, all the way from back in 2011, trying to get their permission to upload those tracks on Spotify/streaming platforms, etc. One of those tracks, “Puttin’ In Work” is me rapping over an instrumental by producer Rotes, who uses heavy samples in his beats, true to the old school gritty yet jazzy sound of old school rap that I love so much. This track is from my R.A.P. mixtape from November 2011. Another is “Trip to the Back of My Mind”, this one rapped over a smoother, happier and overall livelier beat produced by David Bocuse, reminiscing about family and friends, and great times from back in the day. This track is from my 2017 mixtape “Musical Alchemy.” It feels good to finally have some music up on streaming platforms, and I’m starting to organize all of my pages online because so far it’s all a mess, from years of creating a bunch of e-mails and pages, it’s time to finally get myself organized and take myself seriously! it’s time to stop playing games is what I’m trying to say.

I’m now releasing music under the name Rebel Eye, in case anyone reading my blog is interested in checking out my music on Spotify, and from now on I’ll try to keep the blog tied to my music, but also keep it personal and continue writing about interesting topics that are on my mind, about spirituality, philosophy and everything else that interests and inspires me. Yes, I’m a rapper and mainly a rap producer, but I also love working on chill instrumental music, even techno/trance beats, trip-hop, etc., and I’ve decided I won’t go through the trouble of dealing with multiple social media accounts for multiple artist monikers, so for that reason everything will be released under Rebel Eye. I hope that having more genres will help me gain a wider audience, we’ll see.

I’m excited to write again, both music and on this blog. At the end of the day, writing is a really interesting thing, just randomly writing. We are always thinking, and when we write we decide to let some of our thoughts escape our minds, to live outside of our mental prison, our tangled-up web of images and thoughts, ideas, fears and dreams. Writing is a really powerful creative output, a way to let some of the stress of life out, to free it and let it be, to free yourself of it almost. Life is deep, and when you can’t make sense of it what else is there to do but to document it? There’s a life out there to document, and a whole world within to write about as well. Maybe what we think, what we share, might inspire others, I know I’ve been inspired by so many of my favorite books. It feels as if these authors from millennia ago were speaking to me, as if they shared some of my thoughts, it feels almost strange to see what someone wrote so long ago, and see how it is so similar to an idea that you’ve always had, a truth you’ve always perceived, for example, that nobody else around you wants to see, yet here is some proof that this idea has been alive for a while, that some of the greatest minds in history have considered it and contemplated it. We can’t live only off of that inspiration alone, of course, we need to verify and find the truth for ourselves, but often times we refuse to embark on the great quest for truth if we are not provoked to reflect upon it by external forces or influences.

I’ll try to keep writing on here as much as I can, and below you can find links to the singles of mine I mentioned above. Much love Fam! 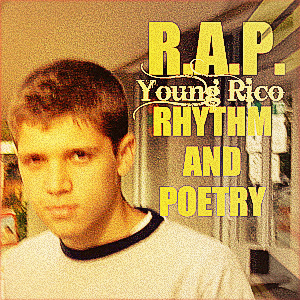 I went by Young Rico when I recorded this tape, it was so early I hadn’t even added to Rebel in yet! 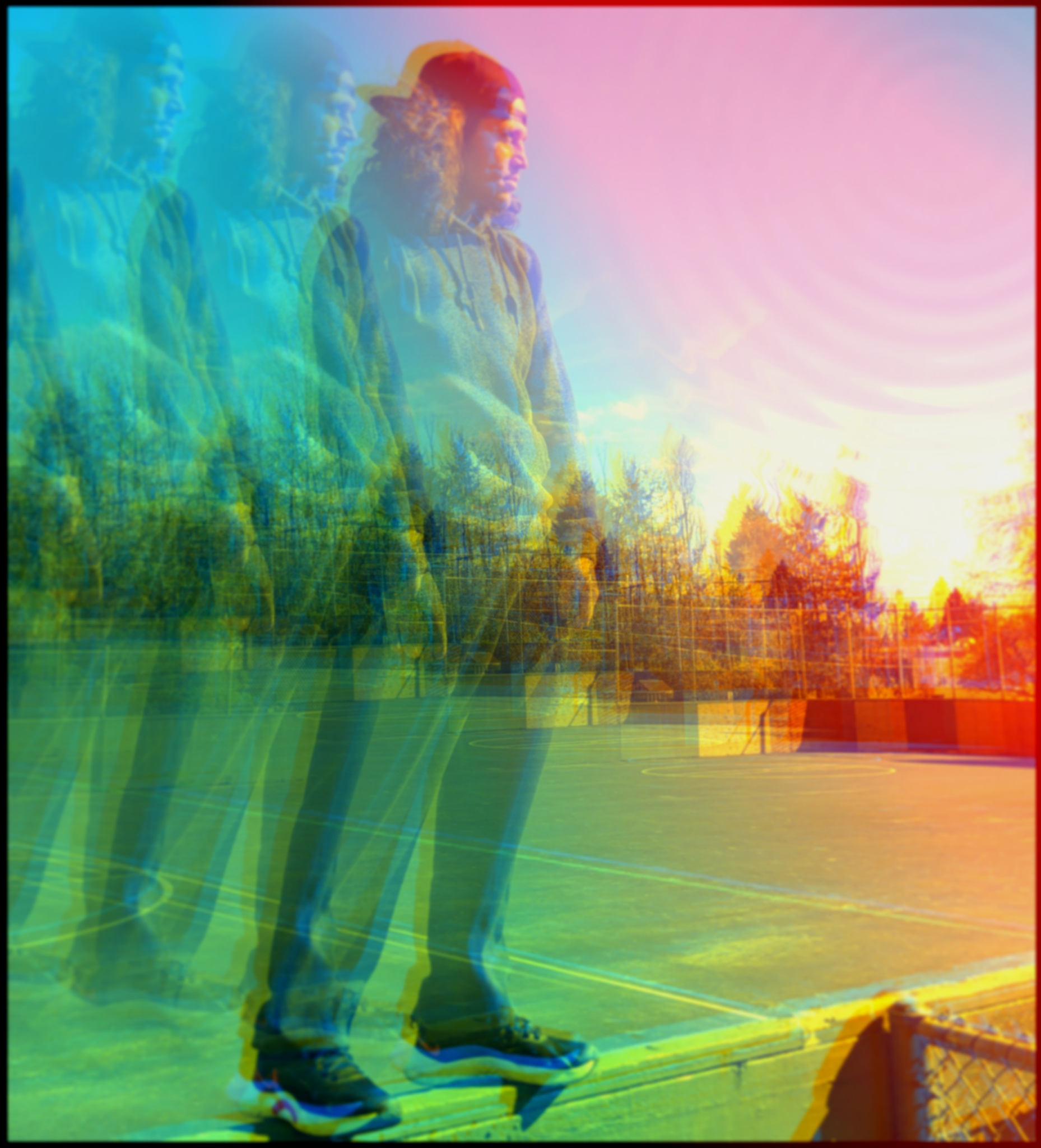 From my 2017 Musical Amchemy mixtape, I went by Rebel Spirit at that point.